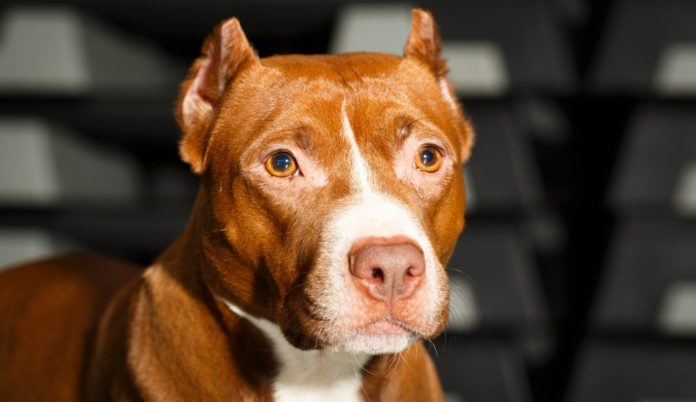 A correct Pit Bull will never be aggressive with people. The Pit Bull has been bred for centuries to be a human-friendly dog. It is not a guardian breed, and therefore should not display suspicion towards strangers or view them as potential threats. It is uncommon for a Pit Bull to be overly shy.

The Pit Bull is likely to meet all strangers with an open heart and a wagging tail. A normal Pit Bull looks upon all people as friends unless their actions prove otherwise.

Generally Pit Bulls are submissive with people and confident in their surroundings, making for a well-adjusted family dog. Since times past when the Pit Bull was used for hunting of large game and as a farm dog, it has been a cherished fixture of family life.

The Pit Bull has a special fondness for children and a pleased, relaxed look crosses its face when they approach. It can prove to be a safe, hardy friend that can keep up and put up with the active play life of kids. For a child, no better companion can be found.

It is reported on temperament tests conducted by the American Temperament Test Society the American Pit Bull Terrier has a current (December 2004) passing rate of 83.9% — compared to only 77% of the general dog population.

Temperament tests consist of putting a dog through a series of unexpected situations, some involving strangers. Any signs of unprovoked aggression or panic in these situations result in failure of the test. (Please visit ATTS.org)

A Pit Bull that snarls, lunges, or growls at humans is not typical of the breed, and to keep such a dog endangers people and the image of the breed.

If a Pit Bull or Pit Bull mix shows any signs of aggression towards humans, it is strongly suggested that the dog be humanely euthanized in order to avoid possible human injury.

While this action may seem harsh if you think about the damage one unstable, ill-bred Pit Bull does to the entire breed this action is completely acceptable. This isn’t to say if you think your dog could be human aggressive you run to your vet and have them put down.

You should take a look at all the possible problems that might be causing unstable behaviour. Almost always in a case where a dog “just snaps” or “turns on their owner” there was a medical problem uncovered that was most likely the cause of the behaviour. If you have a dog that is acting unpredictable or out of sorts, take them to the vet and have them examined.

We have broken down this topic into several sections so you can get the information you’re looking for quickly. They are as follows: