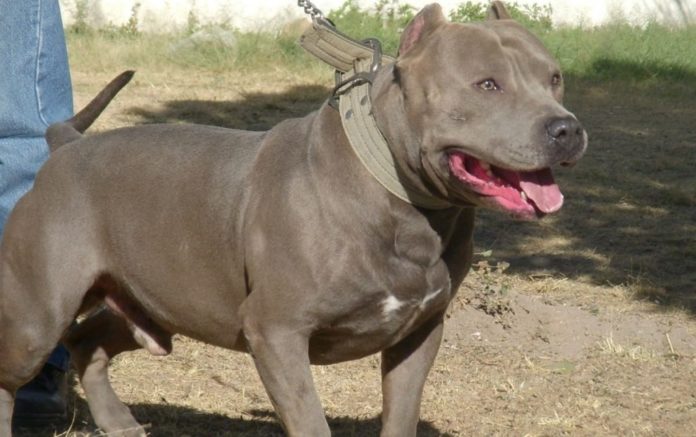 Depending on who you ask you will either get a yes or a no answer. If you asked me this question I would say, depends. Before we get into the rest of this article I would like to make it clear that the American Pit Bull Terrier is a dog or Canine Lupus Familiaris.

Why did I mention this obvious fact? People try to make the Pit Bull out to be some sort of “super animal” or something that is not the same as any other dog you find in our society. While they are super athletic, they are still dogs.

Fact: Out of the estimated 53 million dogs in the United States 92 fatal attacks are contributed to Pit Bulls or Pit Bull Mixes (2 were from American Staffordshire Terriers) from 1965-2001.
Source: Fatal Dog Attacks by Karen Delise
Imagine that. 53 million dogs. 92 fatal attacks out of 431 that span a 37 year period (1965-2001). Now I ask you, after looking at the numbers do we have a dangerous dog problem?

During that time period for my state of Kentucky, there were 9 fatal dog attacks. Only one was a Pit Bull “type” dog.  Another attack during that time frame for my state was a Dachshund that killed a 14-day old baby after jumping in his crib. Do we have a dangerous dog problem or is it being sensationalized to sell newspapers and create panic?

Fatal dog attacks by dangerous dogs are almost non-existent. 20 a year out of millions of dogs. The percentages are estimated to be somewhere around .0000004% of dog attacks are fatal.

If Pit Bulls Are Not Dangerous Dogs Why Do We have a Pit Bull Problem?

Personally, I think the Pit Bull problem has more to do with people having a problem with Pit Bulls, not the other way around. Pit Bulls are outstanding dogs, like any dog that is well loved, trained, exercised, and cared for properly can be.

However, Pit Bulls are different. They are infectious with their energy and their wiliness to suffer the abuses of society and come back with a big goofy grin and a tongue lying in wait to lick the first face that gets close enough.

I have rescued dogs and I have seen dogs that were abused and neglected hop in my lap, look deep into my eyes and plant a smack of a lick right on my forehead.  Pit Bulls are different for sure. They expose humans for the cruel and inhumane beasts we are and we don’t like it.

Pit Bulls are not dangerous dogs. They are, however, abused, sold to irresponsible owners, the favorite dogs of drug dealers, and street gangs and this is by far the most damaging part of the problem.

Even with these record numbers of dogs these days the fatal attacks caused by Pit Bulls is nothing compared to the inhumanity we face on a daily basis. We are talking about 20 fatal attacks by dogs a year, most of which are not Pit Bulls, this is not a Pit Bull problem folks.

The Center for Disease Control statistics are outdated and often misused in situations like creating a breed specific law. The problem is not breed specific but people specific. As I mentioned, irresponsible owners, gang members, dog fighters, and others who use the breed to boost their own macho attitudes and cruel intentions are the problem.

However, regulating them would be near impossible or too costly, at least that is the governments excuse for not doing anything other than banning or restricting the breed. God forbid if we expected people to have to take responsibility for their actions.

CDC stats are outdated and this contributes to the problem as well. Pro-BSL people like PETA and other groups of fanatics use them to skew the picture into the picture they want the public to see. Uneducated government officials believe these groups and the general public eats their BS with a giant spoon.

As Pit Bull owners around the world suffer from unrealistic expectations and BSL these groups sit on their all-knowing thrones and laugh and feel powerful. New statistics are in order for sure, but figuring out the exact population of dogs is as impossible a task if there ever was one.

What do We do Then?

We fight and kick and claw and scratch and yell from the rooftops, “Listen! We have a voice and we are going to use it!” We unite and fight back at these groups and the government butt kissing politicians that make these laws by speaking out and being heard before BSL is an issue.

Education of our children is the first step. For they are the future and if that future will include the American Pit Bull Terrier then our children must know and understand what a real Pit Bull is and how to handle them. Then we walk to the courthouse steps and stomp our feet a while and make it known, “We will not lay down and take this anymore!” 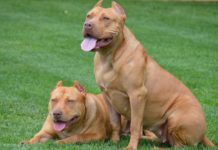