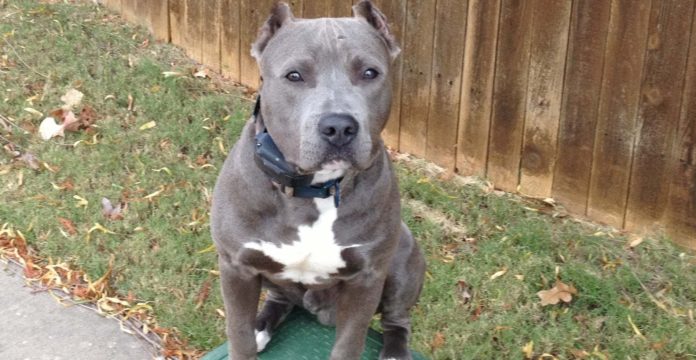 The APBT is the only breed with the words, “Pit Bull” in its name, therefore when someone refers to a “Pit Bull” using capital letters they are talking about a purebred American Pit Bull Terrier. What happened is, the media and people who don’t have a clue about what a real APBT looks like started attaching generic names to dogs that are similar in appearence.

The most common dogs referred to as “pitbulls” are:

How this nose color craze started I’m not sure of. However, I do have an idea about what caused it. There are many types of American Pit Bull Terrier. You have show dogs, working dogs, and various line types. One of the most famous line types is the Colby line. You also have breed types. More on this in a later article. Right now we’ll stick with a basic understanding of the two.

Breed Types – A breed of dogs appearance as a breed. The American Pit Bull Terrier is a medium sized dog that is well built and muscular that ranges from 35-65 lbs in weight. This is a breed type.

Line Types – Line types are a result of a specific breeding programs effects on the breed type. Going back to the Colby example, after 100 years of line breeding they have produced a distinct looking do. Black brindle with white blazes or completely white heads. They also have a fawn and fawn/white type of dog they produce.

Sorrell dogs are another example line type. Sorrell dogs are usually fawn with no other colorings and a black muzzle and nose. These dogs are very “average” looking in appearance but the years of breeding have produced a distinct looking dog and after you’ve been around for a while you can tell a Sorrell from a Colby dog just by looking at them.

Now we get to the meat of the matter. Where did these red noses and blue noses come from?

I suspect the Old Family Red Nose dogs out of Ireland started this trend. People started calling them, “Old Family Reds” and “Red noses” because they had a distinct red coat with red nose with golden eyes. I have never seen a real Old Family Red Nose but from descriptions they were gorgeous dogs I’m sure.

So people started calling them by nose color and some even think they are different breeds.

This is crazy if you ask me.

I get questions from people saying, “I have a red/red nose, what breed is she?” Shes a red/red nose American Pit Bull Terrier. The same goes for any APBT with a colored nose, coat or whatever. They are the same breed they just have different characteristics.

There is only one Pit Bull and that is The American Pit Bull Terrier.

If they have a red nose, blue nose, blue coat, red coat, brindle coat, cream coat, fawn with white patches or a black mask, it doesn’t matter at all. They are still 100% American Pit Bull Terriers (unless they are known mix breeds).

So next time some one starts talking about their different breed of APBT called a “red nose” you will know they have no clue what they are talking about and they simply have an American Pit Bull Terrier with a red nose.