Puppies are cute and fun but they have a dark side. Those little, tiny, razor-sharp teeth of theirs tend to make the joys of having a puppy painful sometimes. Over the next few minutes, I want to share with you a surefire way to stop your puppies nipping while at the same time teaching them to have a “soft” mouth.

You might not want to hear this but puppies need to bite. When we purchase a puppy we take them out of “canine school” and bring them into our homes. Puppies learn so much from their mother and their littermates that we simply can not teach them because well, we are not dogs, despite our best impressions.

So how do we teach a puppy that nipping is painful? By acting like it hurts. Even when it doesn’t really hurt all that bad you should make a big scene about it. However, you should not just leave it there. You should give the puppy a chance to have a “soft” mouth by allowing the biting. Yes, I said allowing the biting.

My little trick for this is to get some peanut butter or maybe some cheese spread and put it on my fingers. I then have the puppy lick it off my fingers while I rub their gums (this helps teething as well). If they put a lot of pressure on my fingers I say, “ouch!” Followed by “eaaasy” then I let them lick the peanut butter again.

The next time around let the puppy lick the peanut butter but this time say, “ouch!” at the slightest bit of pressure and remove your attention again.

By allowing the puppy to bite your fingers using various pressures you are teaching them that hard pressure results in the removal of your hand and thus, the yummy peanut butter. When they use a “soft” mouth they are allowed to continue on with their quest to clean the peanut butter off your fingers.

This exercise mimics the training your puppy receives from their littermates. When a puppy bites their littermate hard, they yelp and avoid the puppy for a moment. Then they resume play. The littermate might then bite them hard and the process happens again.

When your puppy is a little bit older you can also start to redirect their biting behavior to appropriate toys. Personally, I like toys because you are going to play with them anyway so you might as well teach them to fetch or tug properly now instead of when they are full grown.

How you would use a toy in this situation would be for you to say, “ouch!” then ignore for a moment then offer the toy to them to play with. When they play with the toy you should praise them.

If you want to use this method along with the previous method it is a good idea to have a toy stashed in strategic locations where the puppy usually does the most of their nipping. Like on the nightstand by your couch. Do not leave the toy down for the dog all the time. Once they lose interest, pick it up and put it away. Otherwise, the toy will get boring to them.

Both of these methods will help teach your puppy to use their mouths properly. 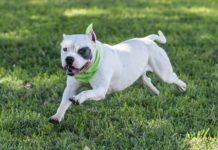 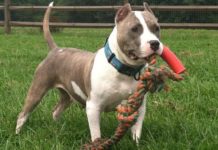 How To Teach your Pit Bull to Come to You? 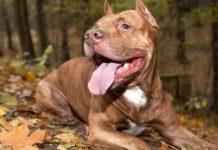 Can You Help Me, My Pit Bull is Untrainable 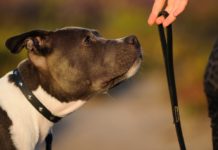 How to Train Your Pit Bull Using Positive Methods 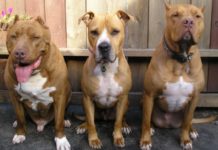 Why Most People Suck at Training Their Pit Bull 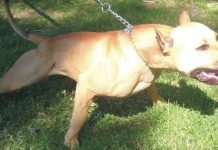 American Pit Bull Terrier Training – How do I add muscle to my Pit Bull?